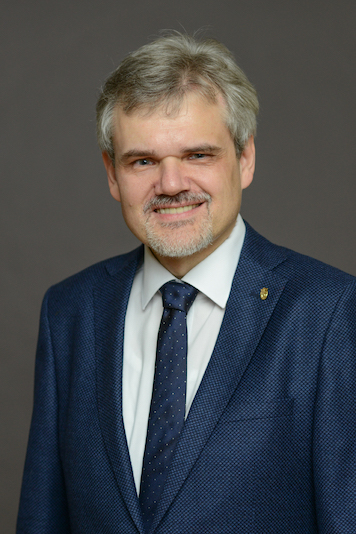 Rainer Goebel is driven by the question how the human brain works, how it creates our mind and how gained knowledge can be applied to the benefit of society. He has continuously transformed three fields: brain imaging of perception and cognition, neuroimaging analysis methods, and hemodynamic brain-computer interfaces (BCIs). In order to gain increasingly fine-grained insights on the neural basis of the human mind, he constantly develops new methods and pushes the limits of the achievable spatial resolution using ultra-high field (7 and 9.4 Tesla) fMRI scanners. He uses his gained insights and methodological expertise to develop innovative BCIs. His software enables, for example, letter spelling in motor-impaired patients using only brain activity data and he has co-established a novel therapeutic approach that enables patients suffering from depression or Parkinson's disease to treat themselves using feedback of fMRI data from their own brains.

A recent portrait of Rainer Goebel from Maastricht University can be found here: "A career on solid ground"

Rainer Goebel studied psychology and computer science in Marburg, Germany (1983-1988). He investigated in his master thesis how students learn to solve recursive programming problems. During his PhD at the Technical University of Braunschweig (1990-1994) he worked on artificial neural network simulations of visual processing under the supervision of Prof. Dirk Vorberg developing a deep large-scale oscillatory network model of scene segmentation, selective attention and shape recognition. He received his PhD (Dr. rer. nat., summa cum laude) in cognitive psychology (major), neurobiology (minor) and computer science (minor). In 1993 he received the Heinz Maier Leibnitz Advancement award in cognitive science sponsored by the German minister of science and education for a publication on the binding problem and in 1994 he received the Heinz Billing award from the Max Planck society for developing a software package ('Neurolator') for the creation and simulation of neural network models.

From 1995-1999 he was a postdoctoral fellow at the Max Planck Institute for Brain Research in Frankfurt/Main in the department of Neurophysiology under Prof. Wolf Singer where he founded the functional neuroimaging group. In 1997/1998 he was a fellow at the Berlin Institute for Advanced studies ("Wissenschaftskolleg zu Berlin").

Since January 2000, he is a full professor for cognitive neuroscience in the department of cognitive neuroscience of the faculty of psychology and neuroscience of Maastricht University. He contributed to the formation of the F.C. Donders Center for Cognitive Neuroimaging, Radboud University Nijmegen, where he was research fellow and member of the Board of Governors from 2001 - 2008. He is the founding director of the Maastricht Brain Imaging Centre (M-BIC), which celebrated its opening in spring 2005. and the driving force of the ultra-high field imaging center housing 3, 7 and 9.4 Tesla human MRI scanners that was opened by his majesty king Willem Alexander in 2013. From 2008 - 2017 he was team leader of the “Modeling and Neuroimaging” group at the Netherlands Institute for Neuroscience in Amsterdam. From 2005 - 2010 he was member of the board of the faculty as head of research and innovation. From 2006 - 2008 he served as chair of the Organization for Human Brain Mapping. Since 2016 he heads the department of cognitive neuroscience.

Rainer Goebel’s core research interest is the question which neuronal representations are used in the brain and how they are processed to enable specific perceptual and cognitive functions. These questions are investigated by integrating neuroimaging with neural network modeling and the development of advanced analysis tools. Progress in understanding brain mechanisms are tested by neuroscientific applications including brain computer interfaces (BCIs) and neurofeedback studies. The following three sections describe the research topics currently studied most intensively.

Cracking the columnar-level functional code of the brain

With standard functional brain imaging (i.e. fMRI at 3 Tesla), we can routinely see specialised brain areas in the human brain, including “experts” for colour, visual motion, faces, words, language, planning, memory and emotions. This level of resolution reveals an amazing organisation of the brain that is similar, but not identical, across individuals. We still, however, know little about the representations coded inside specialised brain areas and how complex features emerge from combinations of simpler features when we move from one area to the next. With high-field MRI scanners (7 Tesla and beyond), the achievable functional resolution reaches to the sub-millimetre level (500–1000 microns). This is important since neurons with similar response properties seem to spatially cluster into functional units or cortical columns with a lateral extent of hundreds of microns. Studying the brain at the cortical columnar level seems to be the right level to reveal the principles that the brain uses to code information. I believe that this columnar-level code can indeed be "cracked" by adequately combining clever experimental designs (psychology), sub-millimetre fMRI (neuroimaging), sophisticated data analysis tools (signal analysis) and large-scale neuronal network modelling (computational neuroscience). Goebel believes that a massive attempt to crack the columnar-level code in as many areas as possible will ultimately lead to a deeper understanding how mind emerges from simpler units in the brain.

Goebel invented the “Common Brain Space” (CBS) modeling approach allowing for the first time to simulate and predict individual topographic neuroimaging data at different levels of organization reaching from networks to areas to columnar features; the CBS approach has been applied to explain visual illusions, selective visual attention and invariant object recognition and it will be used to model columnar-level feature representations measured with ultra-high field fMRI (see section above).

Besides these major topics, Rainer Goebel’s research activities also include:

Rainer Goebel is a passionate programmer doing most of the coding for BrainVoyager and related software himself (see his BV Blog). Besides writing scientific papers and working with a group of intelligent young scientists, he views solving intricate problems through programming as the most challenging and rewarding activity in his scientific life. He is convinced that one of the most important activities of human beings is the creation of tools. The tools he enjoys creating are computer programs, such as BrainVoyager, which help many people to do better scientific and clinical research. His view on cross-platform development can be found in a press release by Nokia). He also enjoys developing free teaching software to help students learn about the human brain. His "BrainVoyager Brain Tutor" program won the runner-up prize for programming the "Best Original Commercial Qt Application" and his app Brain Tutor HD is available for iPad, iPhone and iPod Touch.
Rainer Goebel is also proud that an image created with BrainVoyager had been selected for inclusion in the famous OpenGL “red book” (see image on the right). This book is the definitive guide for learning 3D OpenGL programming. After learning OpenGL with the second edition of this book, it is a pleasure for him to see the fruits of his OpenGL coding efforts appearing in subsequent editions.

1997 – 1998
Fellow at the Institute for Advanced Studies in Berlin, Germany (“Wissenschaftskolleg zu Berlin”)

2001 – 2008
Research fellow and member of the board of governors of the F.C. Donders Centre for Cognitive Neuroimaging, Nijmegen, The Netherlands

2005 –
Head of the Maastricht Brain Imaging Center (M-BIC), The Netherlands

2014 –
Member of the Royal Netherlands Academy of Arts and Sciences

The research conducted by Rainer Goebel and his team is documented in an extensive publication record with more than 180 peer-reviewed international journal publications and more than 20 book chapters. He has successfully supervised more than 30 PhD students and more than 10 post-docs; many former students have now assumed leadership positions in academia. He also received several prestigious grant awards to support his research at Maastricht University and Brain Innovation.